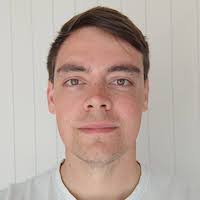 There is an increasing feeling that we are failing to use legal language in our documents which is representative of a gender-inclusive society. Oddly, this doesn't come as a surprise to the lawyers we speak to on a regular basis (such as our contributors). However, the fact that it isn't surprising does not mean that it is acceptable.

Despite being a small company, we have the big, hairy and audacious goal to open source the law. Our database of millions of global commercial and corporate documents power our AI, we therefore find ourselves uniquely placed to analyse and track the size and scale of the gender-bias problems in the legal industry, objectively.

Our initial findings show a shocking level of general gender bias, as well as widespread male bias. This is unacceptable, old fashioned and must change.

We commit ourselves to reporting on this data annually until we can show that the world has moved towards fairer and more inclusive market standards. Those interested in the reduction of gender roles know that accelerating the shift towards more inclusive legal agreements is simple, low-cost and beneficial to all. As is often said, it's not a case of 'why?', but 'why not?'.

In fact, governments, lawyers and organisations worldwide have found zero reasons to support the incumbent gender-biased legal drafting standards. Gender-neutral and inclusive legal language must become the norm in legal language, yet despite broad agreement on this statement our data shows there is still a long way to go.

What is gender-neutral drafting?

It can be boiled down into two simple steps:

Also see: A bit of a 'How To Use Gender Neutral Language' from the Law Gazette

We've found that despite the huge cultural shift towards inclusivity we've seen this generation, almost two-thirds of legal documents are still gender biased.

Evidence of a slow move towards gender-neutral standards

Since 2007 it has been government policy to write legislation in gender-neutral language:

Government Bills will take a form which achieves gender-neutral drafting so far as it is practicable, at no more than a reasonable cost to brevity or intelligibility. This policy already applies to tax law rewrite Bills and is consistent with the practice in many other jurisdictions in the English-speaking world.

Mr. Jack Straw - Leader of the House Of Commons (source)

This hasn't slowed down either, in 2019, Guidance on gender-neutral drafting was published by the UK Government's Legal Department (pdf).

So shouldn’t the legal industry make a concerted effort to use language that does not solely refer to the male and female genders, in order to reflect our diverse society?

An eloquent argument for this can be found within a 2018 journal article from The Institute of Advanced Legal Studies written by Constanza Toro.

[...] Gender neutral drafting is both necessary and desirable. It is necessary for methodological reasons pointing to clarity, precision and unambiguity in legislation; as well as desirable for justice reasons linked to inclusion and non-discrimination. In this sense, it is more than just a matter of words, “the issue of non-discriminatory language in law needs to be understood in the context of power”,since it gives voice and recognition to women in the legal context.

And the industry knows this is an increasingly important issue to the next generation coming into the workplace.

[...] a significant percentage of the next generation of the workforce no longer sees gender as binary and expects to see a new and better approach to gender identity and expression in documentation

Many law firms have themselves also offered published statements and guidance on drafting and emailing for inclusivity (e.g. Clifford Chance).

What you can do about it

This data was sourced from mandatory legal disclosures which contained a number of document types (see below). The contracts were identified in these documents based on the keyword “agreement” and “definition” after documents related to the disclosure itself were removed.

We sampled 3839 documents from 1263 different companies across a multitude of sectors, many of them were global brands such as Pepsi, BMW, Citi, Morgan Stanley, Hasbro, UBS, Verizon, Unity, Lululemon, Nvidia and Goldman Sachs.

Disclaimer: We do not have company-by-company sliced data so while a company may be mentioned in this list, it does not mean that their documents were gender biased, just that they were part of the sample in aggregate.

The base rate of the data (our priors)

That is - what would we expect to find in our sample data given the data we already know about the whole population?

What can we do with this information?

and compare that to what would be expected

This was by far the closest result to what we might expect to find in a world without male-bias.

Appendix B: Our Press Release

This press release was released on the 20th October 2022, with the intention of raising awareness of this issue, and promoting discussion around the practical steps that can be taken. If you would like to refer to this blog post, or use our press release in any way. Please do so. You may also want to visit our press page.

Instead of saying the non-gender-inclusive formal 'Dear Sir/Madame' or equivalent, try
The name of the company e.g. “Dear Genie AI”
Or by their personal name if you know it e.g. “Dear Daniela”
If neither are possible, "Dear All"  when contacting a group
or “To Whom it may concern" when singular?

Q: What are gender neutral words?

A: There are tens if not hundreds of examples of where a gender-neutral pronoun or noun can be used to refer to an individual. E.g. Actor, not actress. Chair or Chairperson, not chairman or chairwoman.

Q: Does using gender neutral language affect how legally-sound something is?

A: Not if it is drafted correctly, says Iain Drummond, partner at Shepherd and Wedderburn LLP. The Oxford English Dictionary recognises the long-established use of ‘they’ as a singular pronoun, and historical documents show it has been used in this way for centuries. "The challenge for any drafter is to ensure that the meaning of a clause or term is clear and unambiguous, and in my view, the use of genderneutral language should not make this task any more or less difficult"

We also believe that court interpretation of gender neutral pronouns seem encouraging so far, but we'll keep an eye on it as part of our ongoing reporting on gender bias.

A: Of course! Here is our raw data in .csv format.

Q: What improvements are you planning on making for future analysis?

A: Well, it's still up for debate. Please do contact us!

Q: I found evidence of gender-bias in your templates, didn't you say they were gender neutral?

A: Please add a comment below a template if you've found something wrong (such as evidence of gender-bias). Thank you for spotting that, it must've slipped through both our automated and manual checks.

A: Bias and prejudice begins in the background, embedded within the very fabric of our language. By stamping that out of legal contracts, we aim to to progress the legal industry, (including government, business, law firms and individuals) into a fairer and more accessible future. So far, court interpretation of gender neutral pronouns in contracts seems encouraging, therefore we will continue to take bold steps to transform the way law is done, whether that’s ensuring our contracts are gender neutral or open sourcing our template library.

Q: The contracts sampled skew towards management roles which themselves skew male (for whatever reason). Is it potentially the case that the gender disparity lies within managerial roles rather than the legal drafting?

Get the latest news by joining us.
sign up
It’s a promise: you will never receive spam. You can unsuscribe at any time.
Most read
3 UK Legaltech Startups Winning Customers' Hearts
Legal Gender Bias Report 2022
MongoDB certification - is it worth it?
The Genie AI Startup Starter Pack
Define An Equality, Diversity and Inclusion Strategy For Your SME